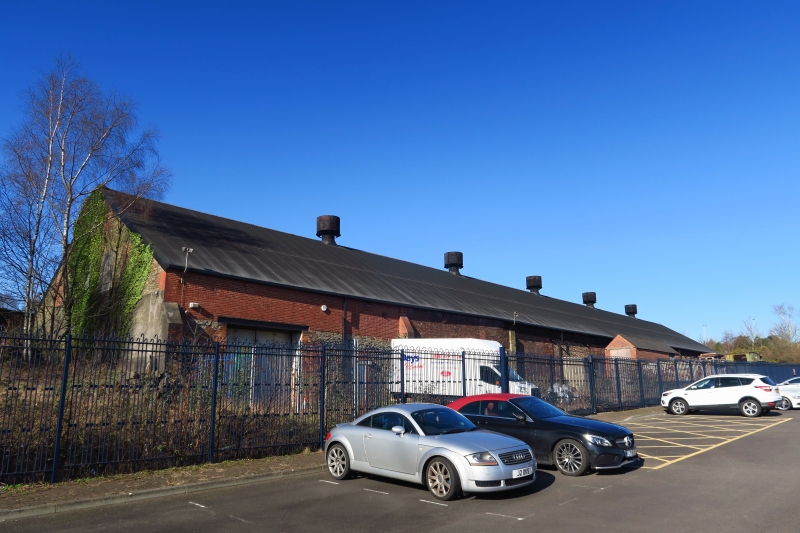 Location: Located at the north side of the Hafod and Morfa copperworks site, off the cross-valley road between Foxhole Road and Neath Road.

A former rolling mill building for Morfa Copperworks, converted to use as a museum store and workshops in the 1980s. Morfa Copperworks was established in 1828 by Williams, Foster and Company of Cornwall, when Swansea was the world centre of the copper trade. The works was initially a rolling plant for making bars and plates from copper ingots brought from the nearby Rose Works, but smelting is believed to have been started at Morfa in 1835. Rolling was carried out initially in smaller steam-powered mills at both ends of the present range. These appear to have been linked to create the much larger mill building in the 1830s. The works amalgamated with the adjacent Hafod Copperworks in 1924 and was subsequently operated by Yorkshire Imperial Metals until it closed in 1980.

A long, single-storey building with a gabled roof and corrugated roof covering, topped by tall ventilators. It is constructed primarily of rubble sandstone with some brick infilling. The main elevation, to the east, has stone walls at either end, the remains of the mill buildings of 1828. The southern part contains a series of infilled semi-circular arches typical of such buildings in the period. The majority of the east elevation was formerly open, and massive timber purlins are supported on impressive tapering cast iron columns. The spaces between the columns were later infilled with brick. The north elevation has a wide arch and circular ventilation openings above, now blocked. The south elevation is rubble stone, pierced by a row of five round-headed windows (two blocked), and a further row of three smaller blocked windows above.

The interior is open to the roof for its full length, with concrete floors and industrial shelving for storage of museum objects.

Listed for its extreme rarity as a surviving copper rolling mill building and for group value with the scheduled Morfa Quay and listed buildings of the Hafod and Morfa copperworks.