Group of 2 Monuments in churchyard to Church of St Digain 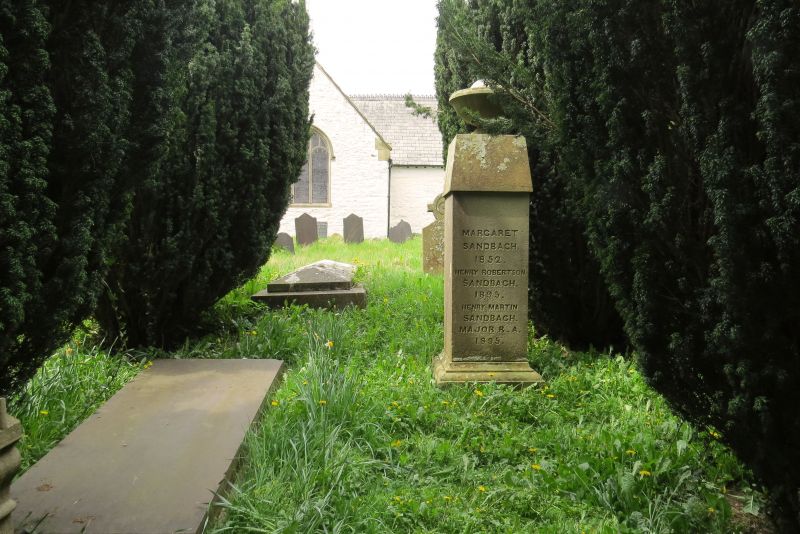 Entry Name: Group of 2 Monuments in churchyard to Church of St Digain

Location: In the E section of the churchyard, approximately 30m E of the chancel of the church, within an area defined by four trimmed yew trees.

Group of two monuments. Monument to Margaret Sandbach et al with black marble or slate urn on sandstone pedestal consisting of a tall unmoulded cap stone with inwardly inclined faces representing a cloth placed over the monolithic shaft which rests on a simply moulded base. The primary inscription is on the E side of the shaft with later inscriptions added to the same and N sides. Incised lettering in sanserif capitals. To the S a large sandstone ledger slab, covering entrance to vault, with incised inscription: HAFODUNOS in V-cut sanserif capitals.

Included as a group of distinctive C19 monuments, historical associations with Hafodunos Hall and group value with church and other churchyard monuments.