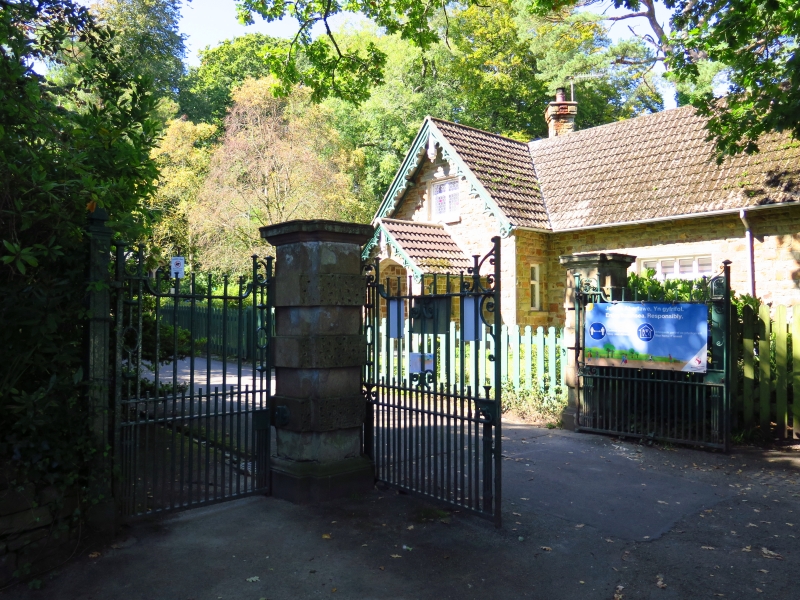 Location: At the E entrance to Clyne Gardens, approximately 0.35km SE of Clyne Castle and on the S side of Clyne Lodge.

Clyne Castle was owned by the Vivian family, one of the most prominent of the Swansea industrial families, between 1860 and 1952. The first occupant, William Graham Vivian, focused his attentions on alterations to the house, and made a new entrance drive with lodge on the S side. Admiral Algernon Walker-Heneage-Vivian, who lived in the house between 1921 and 1952, extended the pleasure grounds in front of the house, where there are 3 National Collections of Rhododendrons and National Collections of Enkianthus and Pieris. The gate screen probably belongs to this period and is therefore later than the adjacent Clyne Lodge. After Vivian's death in 1952 the house and grounds were sold to the Borough of Swansea, which opened the former pleasure grounds in 1954 as a pubic park, now known as Clyne Gardens.

The main double gates are flanked by rusticated stone piers (with vermiculation to the E side) and flat cap stones. The simple cast iron gates are painted green and have plain finials with scrollwork to the top. On the S side is a similar pedestrian gate with cast iron gate post.

Listed for group value with Clyne Lodge and other associated listed items at Clyne Castle and Gardens.