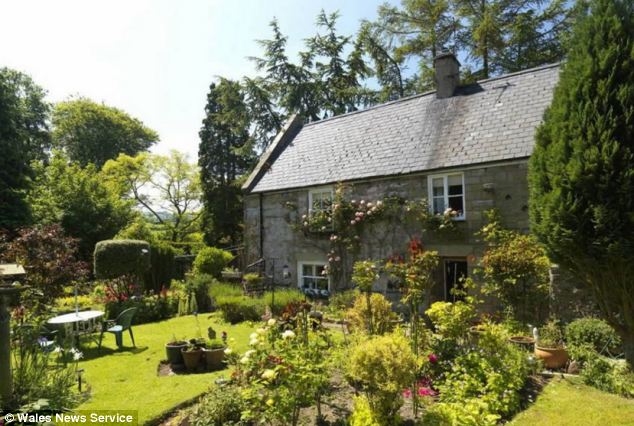 Location: On the E side of Henblas, set back from the road behind a garden wall.

A small house built in the second half of the C17, probably as a secondary dwelling associated with Henblas, which is dated 1645. It was improved in the C19 with the insertion of sash windows, a new doorway, and the replacement of the original thatch by a slate roof.

A two-and-a-half-storey cottage of rubble stone and a steep slate roof behind coped gables on moulded kneelers, and with a rendered stack R of centre. In the 2-window front the openings are C19, with stone lintels in the lower storey and beneath the eaves in the upper storey. The doorway to the R has a half-lit door, with a 2-light casement above it. On the L side are 4-pane horned sashes. The L gable end has a 4-pane sash window in the lower storey which is under a C19 lintel although the dressed surround of the original mullioned window it replaced has survived in part. To the R of the window is a blocked former doorway with Tudor-headed stone lintel, the original entrance to the house. In the upper storey is a 3-light mullioned and transomed window with hood, above which is a blocked 2-light mullioned window to the attic. The R gable end has a 3-light wooden casement under a stone lintel. The rear has an added outshut under a swept roof, and a projection on the L side of the house with a boarded door and overlight.

The lower storey is divided into 2 rooms. The doorway opens into the outer room. The hall retains 2 cross beams with stepped stops. The upper storey is said to retain an ovolo-moulded fireplace with corbelled mantel.

Listed as a small C17 secondary dwelling retaining its plan form and good early detail, and as part of the historic context of Henblas.