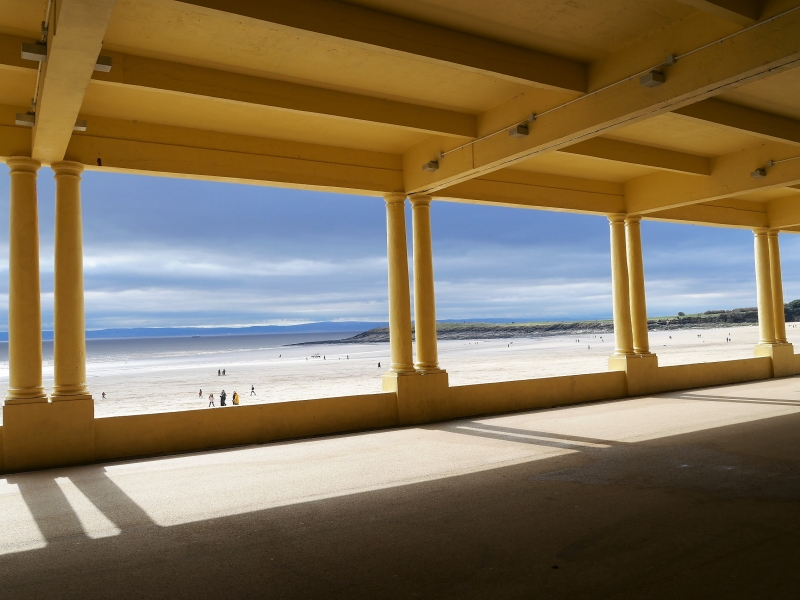 Location: On the seafront promenade at the eastern end of Whitemore Bay

Open shelter in Classical style. Tall single storey concrete structure spanning the seafront promenade and set within the seafront wall. Nine bays divided by paired Tuscan columns with full entablature and ballustraded pediment above. Sloping flank walls to either side. Viewing platform on roof accessed from high ground behind.

Included for its historic interest as an integral component of the complex of structures constructed during the inter-war period at Barry Island as part of the development of the Island as a seaside resort. Important also for its architectural value as a good example of a well designed and well preserved seafront shelter of definite quality and for its group value with the other structures of the inter-war and earlier developments.