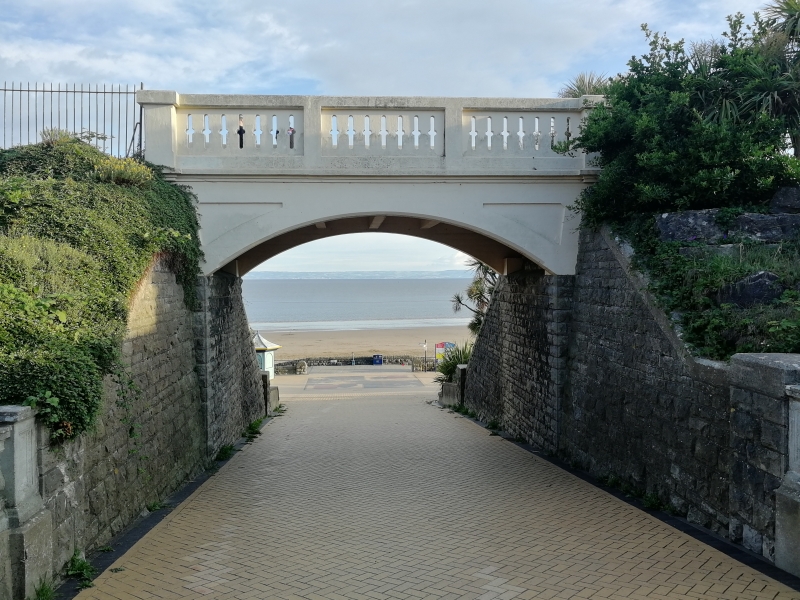 Location: At the eastern end of Whitmore Bay spanning the pedestrian access tot he seafront promenade.

Pedestrian bridge, concrete single arch span above a pedestrian walkway. Arch with recessed spandrel panels to either side and parapet above. Parapet is divided into 3 panels with pierced slits. Abuttments below in rock faced stone with flanking stone revetment walls to either side. Extending upslope to the north are concrete piers and balustrades on plinth walls.

Included for its historic interest as an integral component of the complex of structures constructed during the inter-war period at Barry Island as part of the development of the Island as a seaside resort. Important also for its architectural value as a good example of a well designed and well preserved pedestrian bridge of definite quality and for its group value with the other structures of the inter-war and earlier developments.