Gates and Gatepiers at drive entrance to Friars Point House 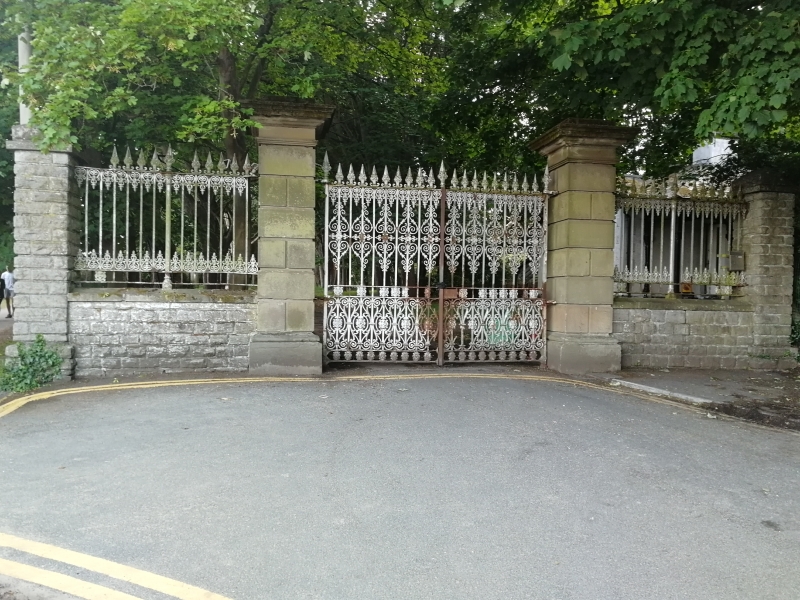 Location: Closing the eastern end of the tree lined drive, immediately in front of the lodge. Friars Point house is set in its own grounds at the W end of Barry Island.

Probably erected 1890s at same time as lodge (shown on 2nd Ed OS Map), and the work carried out by Lord Windsor.

Tall rusticated stone gate piers with cornices and plinth. Paired and painted iron gates to an ornate design with finials and lock bar: caster rails on inner side. Short sections of similar railings to either side, carried on low rubble walls and terminating in further piers.

Included for group value with Friars Point House and Lodge.