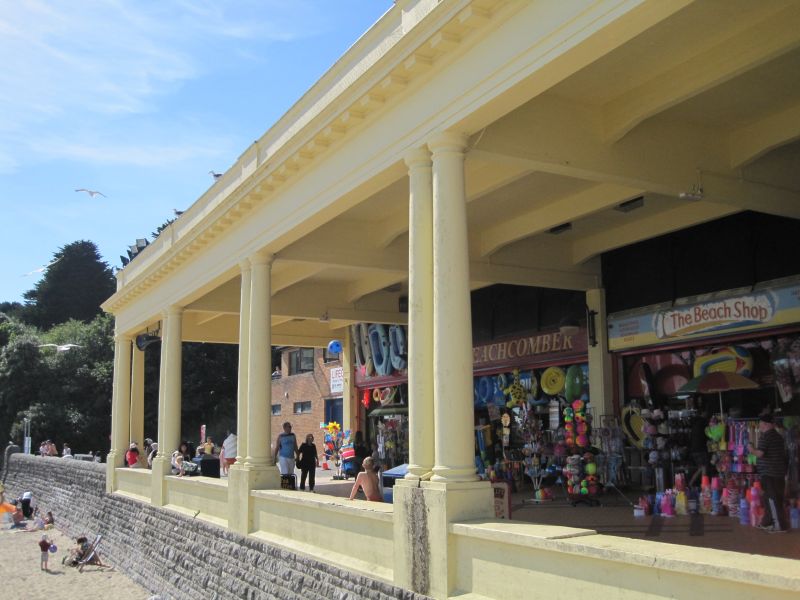 Location: On the seafront promenade at the western end of Whitmore Bay

Included for its historic interest as an integral component of the complex of structures constructed during the inter-war period at Barry Island as part of the development of the Island as a seaside resort. Important also for its architectural value as a good example of a well designed and well preserved seafront shelter of definite quality and for its group value with the other structures of the inter-war and earlier developments.