Statue of Queen Victoria Opposite Portico of Assize Courts 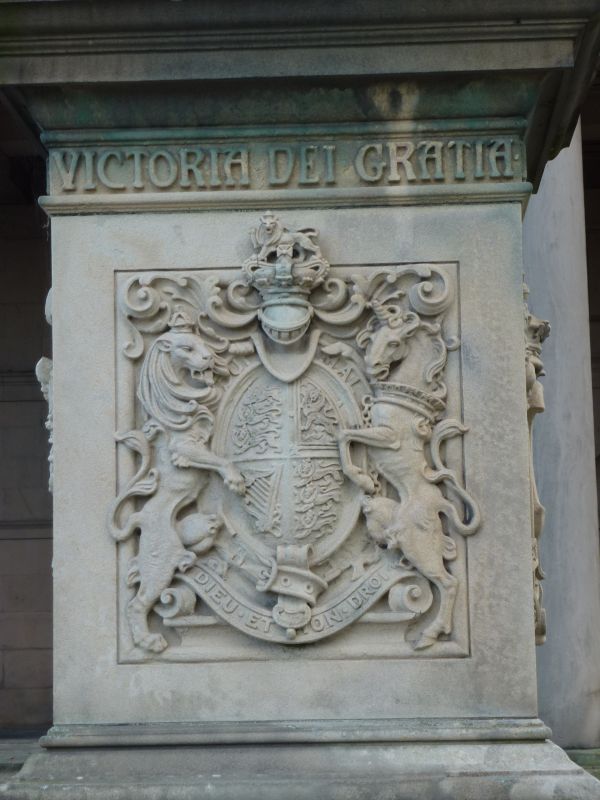 4/605 Statue of Queen Victoria
opposite portico of
Assize Courts

Statue on pedestal. Dated on base of statue with sculptor's name F W POMEROY :
1903. Bronze with ashlar plinth by Harry Beswick. Square base on two steps
with moulded plinth inscribed THIS STATUE WAS ERECTED IN HONOUR OF / A GOOD AND
BELOVED QUEEN / AND IN GRATEFUL REMEMBRANCE OF HER LONG AND GRACIOUS REIGN / BY
HER MAJESTY'S LOYAL SUBJECTS / IN THE COUNTY AND CITY OF CHESTER / AD 1903. Base
has Royal coat of arms to front and the Chester City and Earl of Chester's Arms
to left and right respectively with cypher V.R. intertwined to rear. Cornice
above. Statue shows Queen in coronation robes with orb and sceptre, lace
head-dress and Imperial crown.