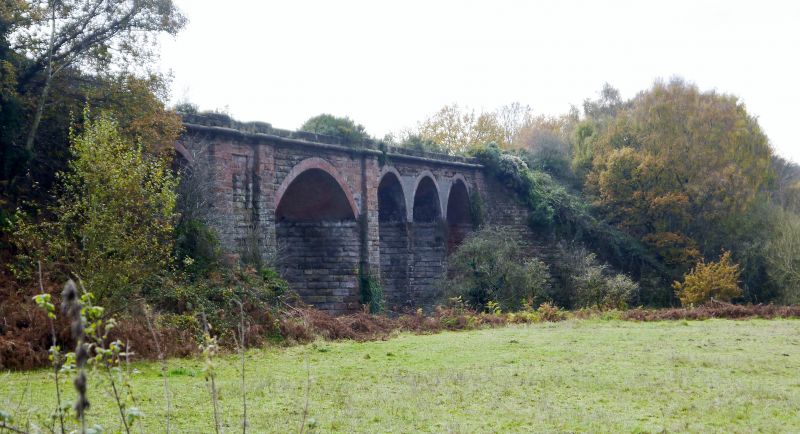 Railway viaduct. Built 1859-60 by the Severn Valley Railway, engineers John Fowler and Henry Bridgeman. Coursed red sandstone and red brick. There are five segmental arches in total, extending for about 70m over the River Stour, a footpath and water meadows. The widest and most elaborate span, located to the centre of the structure, is a skew arch of approximately 20m on the skew and 8m on the square. This span has sandstone facing, sandstone voussoirs and brick intrados. Immediately joining both ends are massive curved abutments faced in sandstone. The arches have spans of approximately 7.6m; spandrels faced with sandstone and brick extrados and intrados, and are supported by sandstone piers having projecting sandstone imposts immediately below the springing line. The entire structure is surmounted on both sides by low sandstone parapets. Approximate height above the river is 20m. It is likely that the stone was quarried in the outcrop adjacent to the railway line some 500m to the east of the viaduct.
History: The viaduct was built as a part of the Severn Valley Railway, which was constructed from Hartlebury to Shrewsbury and opened in 1862. It was worked by the West Midland Railway until taken over by the Great Western Railway in 1872. The line at this point was closed in 1981 and is now a footpath.
Included as a handsome and unaltered Severn Valley Railway viaduct dating from 1860 and designed by John Fowler.