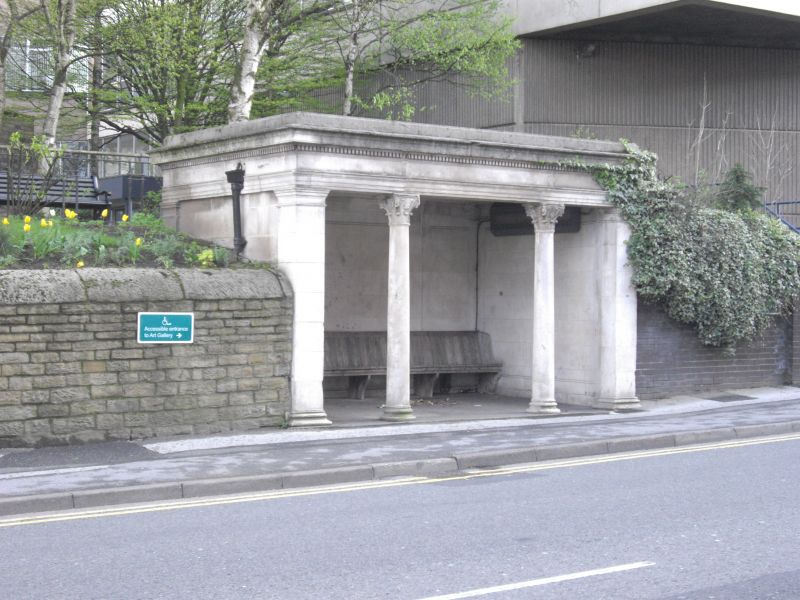 HISTORY: One of a pair of shelters probably built by the County Borough Works Office. Designed to emulate the architecture of the War Memorial Art Gallery (q.v.), designed by James Theodore Halliday of Halliday, Paterson & Agate of Manchester and opened in 1925. This shelter and its pair on Wellington Road South are set into the art gallery's boundary walls, which were previously the walls of Stockport Grammar School, which stood on the site from 1832 to 1915.

REASONS FOR DESIGNATION DECISION
The shelter on Greek Street is designated at Grade II for the following principal reasons:
* The shelter, which is one of a pair, displays a distinguished architectural design quality in its use of the Neoclassical Greek Revival style
* The quality of materials and craftsmanship are exceptional for so functional a structure
* It is in well preserved, original condition
* It has group value with the similarly styled War Memorial Art Gallery (q.v.) into whose boundary wall it is set, and with the shelter in the boundary wall fronting Wellington Road South (q.v.)