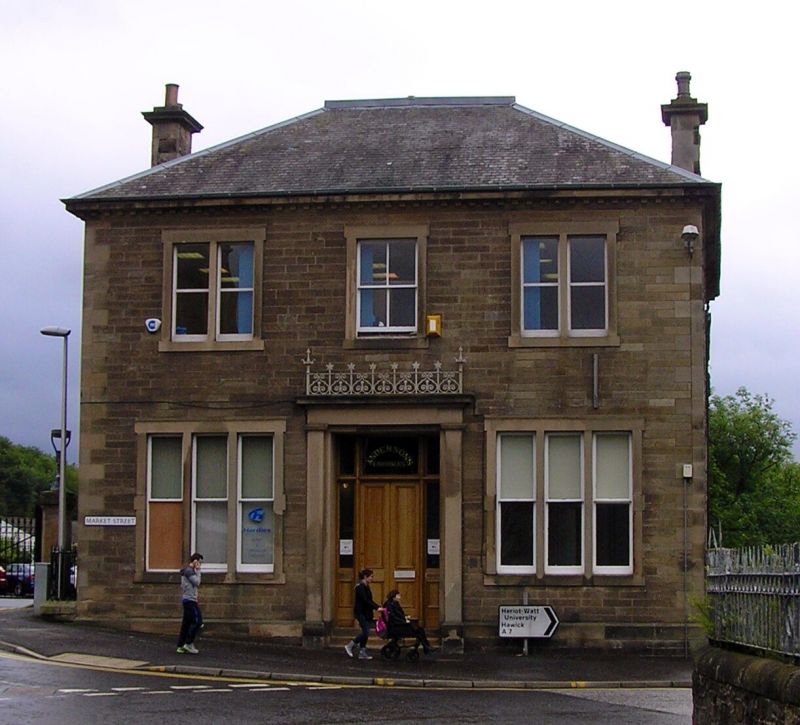 INTERIOR: although the warehouse areas have been modernised, they retain their construction of cast iron columns and timber floors. The office portion retains features such as the original joinery and a formal timber stair with turned balusters.

Anderson's Chambers is situated on a very prominent site on the main route into Galashiels and makes a very significant contribution to the townscape in this part of Galashiels. The building is among the most impressive of the warehouses in Gala and is particularly notable for its formality, with the front office portion of the building presenting a classical symmetry to the street. The building is also a rare survival from the extensive complex that surrounded Galashiels Railway Station.

Anderson's Chambers was situated immediately to the West of Galashiels Station and was served by a railway siding. On earlier maps there is a small 3-bay cottage immediately to the rear of this building, but this was removed later in the 20th century. The road layout of this area has changed significantly. The main road originally descended to the SE of Our Lady and St Andrew's Catholic church.