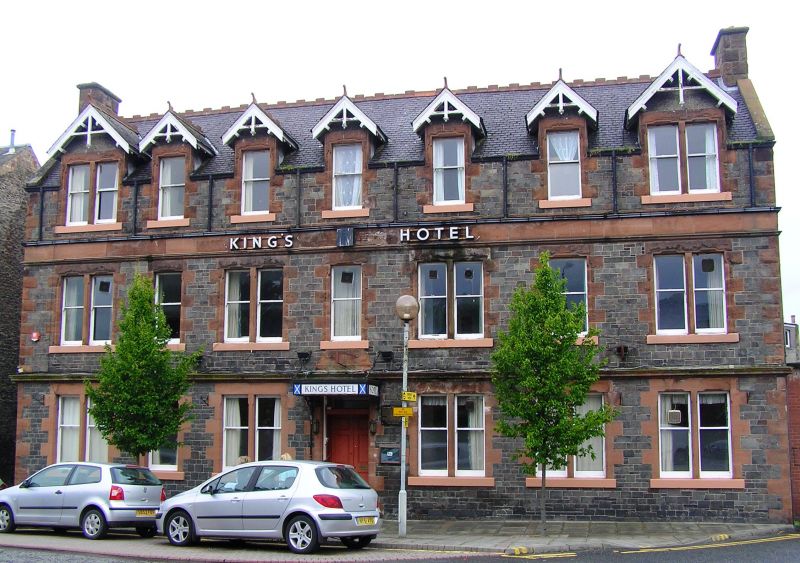 INTERIOR: substantially modernised but retaining features such as plasterwork and the formal timber stair.

Although relatively late in date for its style, the King's Hotel in Market Street makes a significant contribution to the streetscape on this most prominent of streets. This imposing building is well-detailed and well-built, a good example of an early 20th century commercial hotel.

The present King's Hotel dates to the early 20th century, and replaced an earlier hotel on the site (The Volunteer Arms). King's Temperance Hotel was previously on the corner of Overhaugh Street and Market Street.

On the present site in the late 19th century there was both a 3-bay, 3-storey building (possibly a house) and the Volunteer's Arms, which appears from early photographs to be a 3 or 4 bay 3-storey Hotel. The present building follows exactly the line of this block and it is unclear if part of the older building was retained.