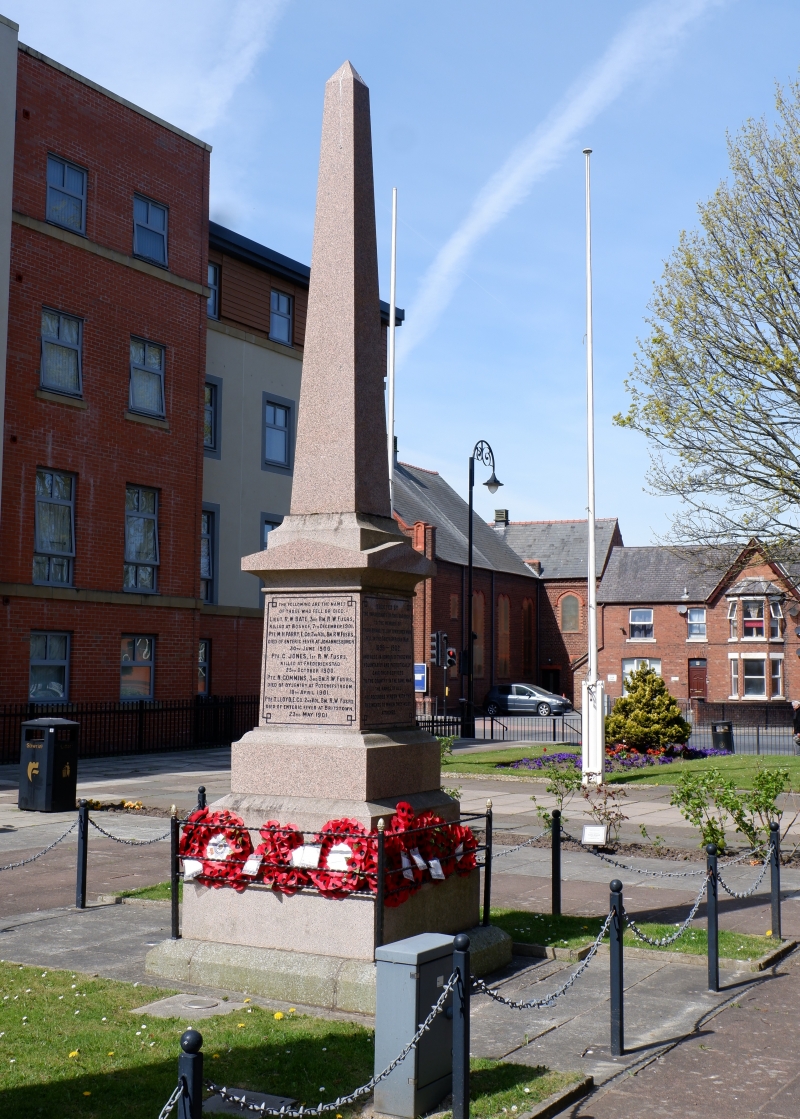 1903. Pink granite obelisk on base with inscriptions recording names of volunteers and fallen in South African War of 1899-1902. Base signed Thomas J Williams.