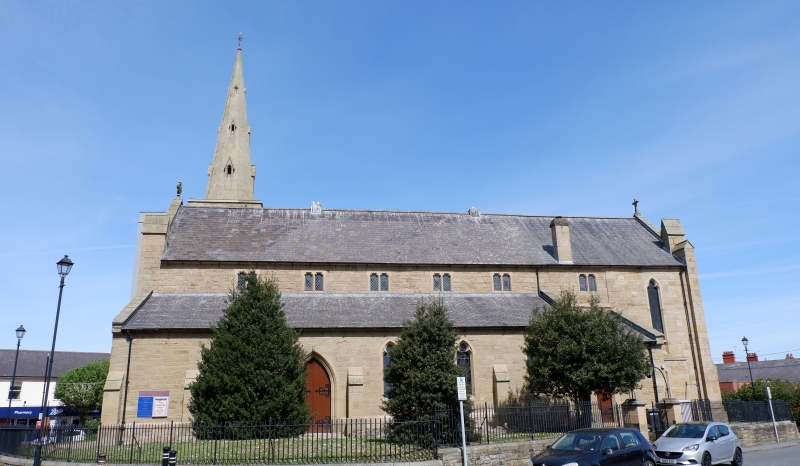 Rebuilt by Ambrose Poynter, architect, 1846-48 on site of medieval church.

Spacious interior with camberbeam roof to nave and to chancel; chancel same height as nave with no structural division; roof beams to chancel heavier (possibly later?). Broad arches to aisles have octagonal shafts. Gallery to W end with painted panel of Royal arms (Queen Victoria). Monuments to members of the Muspratt family (who set up alkali works at town); to S of chancel Julia Muspratt (died 1857) by Spence; to N of chancel James and Richard Muspratt (died 1886, and 1885) by E J Physick.

Included as example of early Victorian Gothic on site of historic parish church.