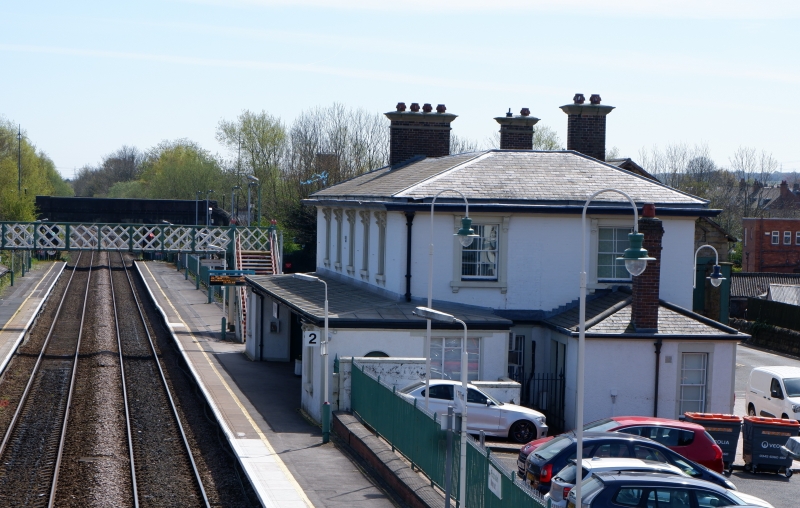 Built soon after 1845 when work commenced on the Chester and Holyhead Railway engineered by Robert Stephenson. Station and other buildings designed by Francis Thompson, architect for the line.

The first of Francis Thompson’s 1840s station buildings out of Chester retaining most of its original character.