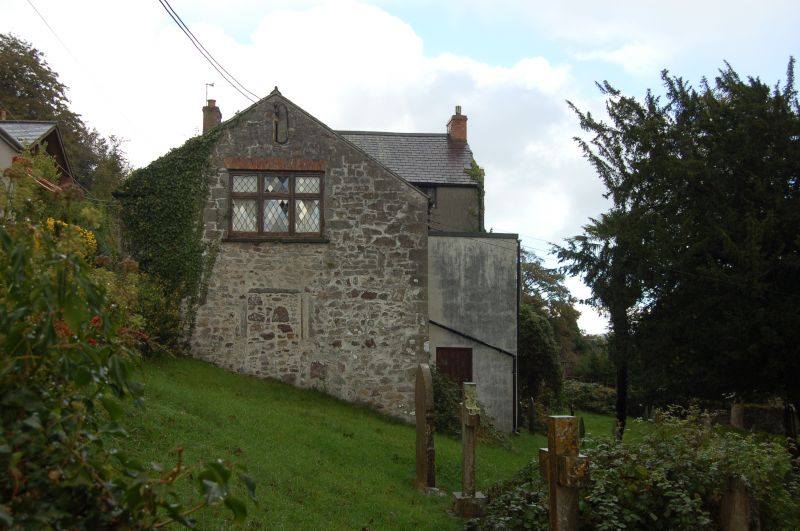 Location: 40 m W of Penally Church, built into a steep bank at the W edge of the churchyard.

History: Built on old foundations in 1820 as the schoolmaster's house by the Vicar, Rev. J Hughes. The old building adjoining at its rear was altered to serve as the new school, superceding an earlier school of 1804. The school and schoolroom were said to be 'on ecclesiastical ruins'. The lowest 2m of the cottage front, in limestone, is probably masonry retained from the 'ruins'. The school functioned until the new National School in the village was opened in 1873. The buildings were the property of the Church in Wales until c.1965 when they were bought by Penally parish. At this time the house was given its present name.

The basement of the building consists of two rooms, one a cellar used with the cottage, and the other a space reached by a trapdoor from the churchyard.

Listed as an early C19 schoolmaster's cottage which retains its original character, on a site of archaeological importance within the ancient churchyard. It also has group value with the Church.