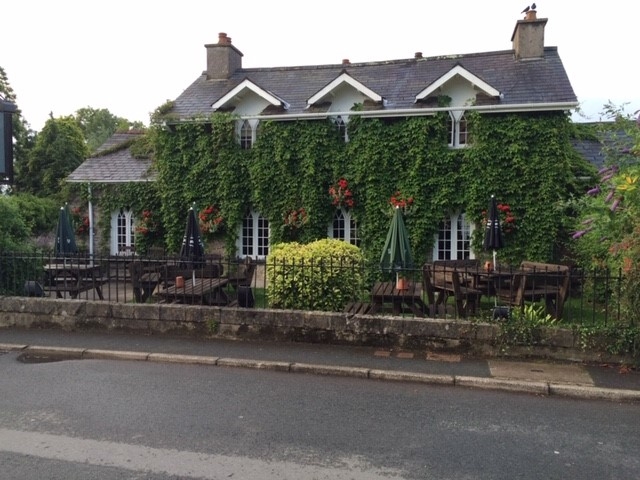 Location: At the S side of the main street of Cosheston, about 200 m E of the crossroads. The house stands back from the street behind a front garden.

The house is of the early C19. In 1840 it was owned by Nicholas Roch Esq., and occupied by Miss Anne Roch. In the mid C19 the house became an inn and, before 1864, extensive brewery buildings were added at the rear. It remains a public house.

A two-storey house with Gothick detailing. There are two parallel ranges with three windows facing N to the village street and similar windows to the rear. Local sandstone masonry in random rubble. Slate roof with tile ridges. The upper windows at both front and rear are quasi-dormers with gabled roofs. There are also short single-storey flanking ranges at the W and E, also with eaves to the front. The main roof at front and rear, the dormers and the wings all have deeply overhanging eaves and verges. The front range has stone end-chimneys with capping. The rear range has two similar chimneys near to the centre. The windows throughout are of a Gothick style fitted into square-headed openings. They have fixed lights or casement of 11 panes downstairs and 7 panes upstairs. The pointed window heads are straight-sided.

Listed as a building of unusual architectural character by virtue of its distinctive detailing.