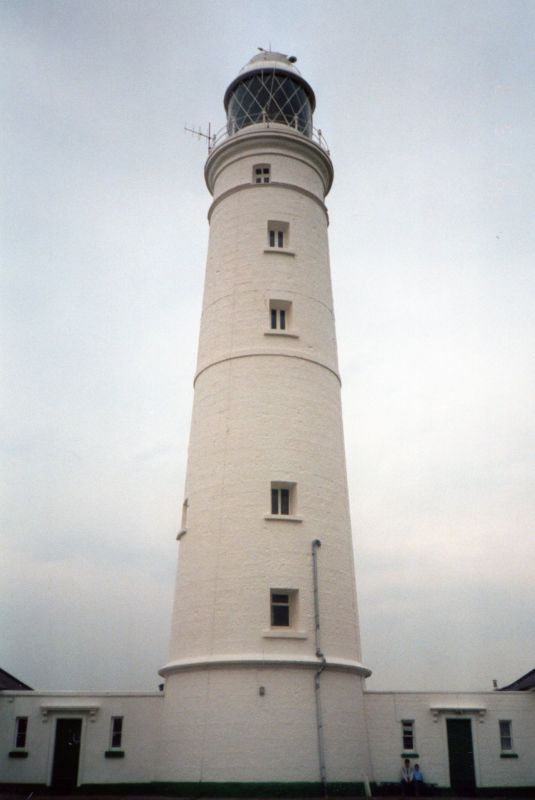 Location: In open ground between the Lower (West), and the Upper (East) Lighthouses at Nash Point, within their walled compound.

The fog signal station was probably built in the latter part of the C19, to standard Trinity House designs. It was de-commissioned in 2001.

Lined-out render, probably over stone, with flat roof. Single storeyed, with doorway in centre of north elevation, with flanking 2-light transomed window. Wide doorway to engine room to its left. Three window return elevation to west; doorway with narrow side lights and two windows in east elevation. All windows have slightly cambered heads and projecting cills. Unmoulded cornice and blocking course. Two fog horns mounted on the roof, projecting from a metal drum and pointing south-west and south-east.

Interior contains office and engine room, both plain. The engine room is fitted with diesel generators and electrical equipment for working the fog horns.

Included for its special interest as a part of an ambitiously planned lighthouse complex, and a good example of a purpose-designed fog signal station of the later C19.