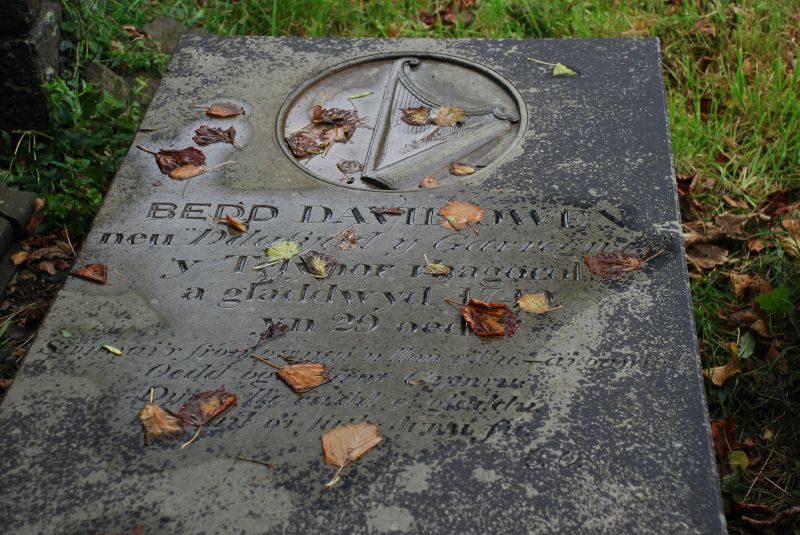 Location: The tomb is located in the churchyard of the Church of St Cynhaearn, set at the W end against the SE boundary wall.

The present ledger stone for David Owen was paid for by subscription raised by the local poet Ellis Owen, to replace a former grave marker in the mid C19. David Owen, 1709-1739, was the son of Owen Humphries of Ynyscynhaearn and Gwen Roberts of Issalt-fawr, a farm in the Pennant valley, and composed various songs and tunes, including 'Codiad yr Ehedydd' and 'Dafydd y Garreg Wen' to which John Ceriog Hughes in c1880 added the well-known poignant words.

Rectangular ledger stone in polished blue slate, set in a slightly raised position above the ground. It bears a circular recessed panel at the head with a carving of his harp, and an inscription noting the date 1749, with an englyn by Ellis Owen, his champion.

Included as the grave stone of one of the most celebrated figures of Welsh harp music of the C18.