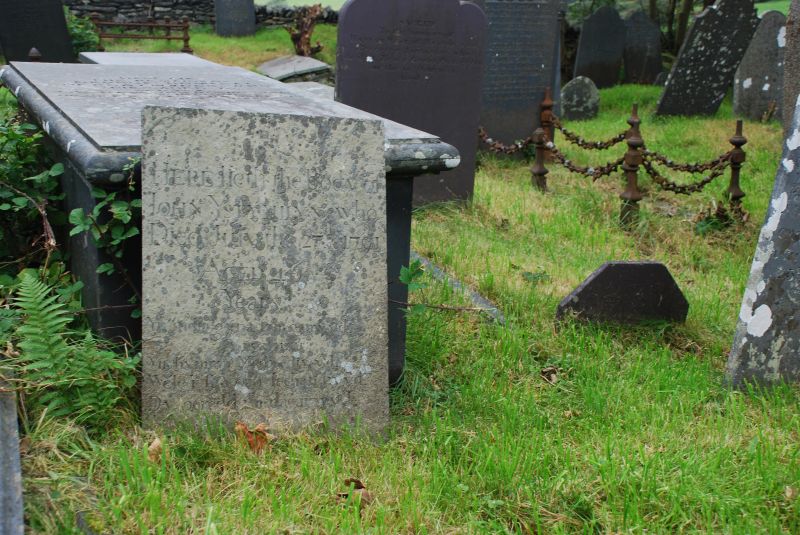 Location: The headstone stands in the churchyard of the church of St Cynhaearn, on the N side of the path from the lychgate.

John Ystymllyn, colloquially known as Jac Black, was captured in the Indies in 1742 by a member of the Wynn family and brought back to Wales, and who did service at the nearby farm of Ystymllyn, from where he took his name. He is said to be the first slave brought into N Wales. A portrait of him is held by Ronald Armstrong Jones, Plas Dinas.

A simple sandstone headstone, elegantly inscribed with the inscription 'Here lieth the Body of John Ystymllyn who Died July the 27th 1791, Aged 46 Years, followed by an inscription recording his origin in India (probably the West Indies).

Included as of special interest in commemorating a slave in service in Wales in the later years of the C18, who must have been well enough thought of that he was provided with a handsome memorial.