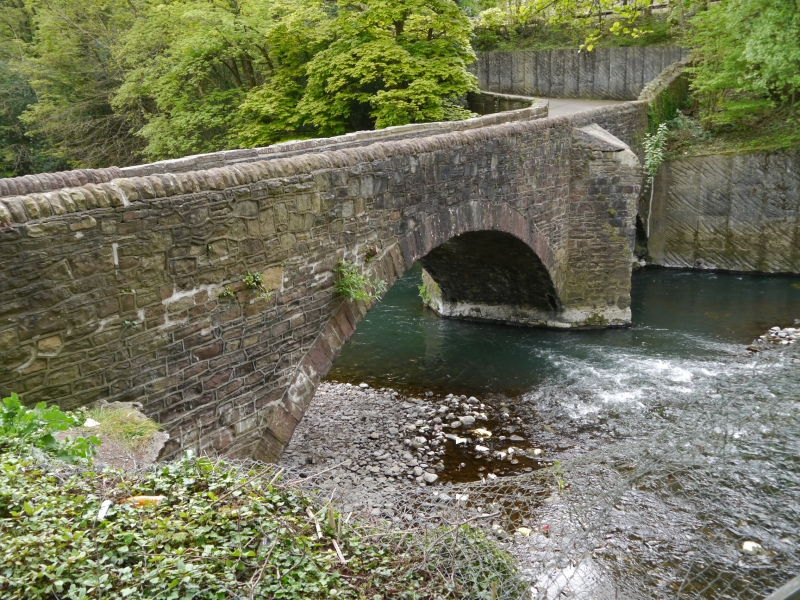 Location: Crossing the Ebbw River to S of Pontymister village close to the A467 by-pass, formerly providing main access between Ochrwyth and Pontymister.

Probably an early post-medieval bridge remodelled in early C19. Led to hamlet of Ochrwyth and the mountainside settlements on the W side of the Ebbw Valley; old photo has it as Och-y-Wieth Bridge. New bridge has by-passed this old road.

River bridge of two unequal arches. Of rubble with dressed stone to the river arches and flat or saddle back coping stones to the parapet. The 2 arches are separated by a cutwater; both are elliptical, that on uphillside is lower with a stringcourse above; this reappears at a different level for a short distance over the spandrel of the wider downhill arch.

Listed as a pre-industrial bridge which has retained much of its character.