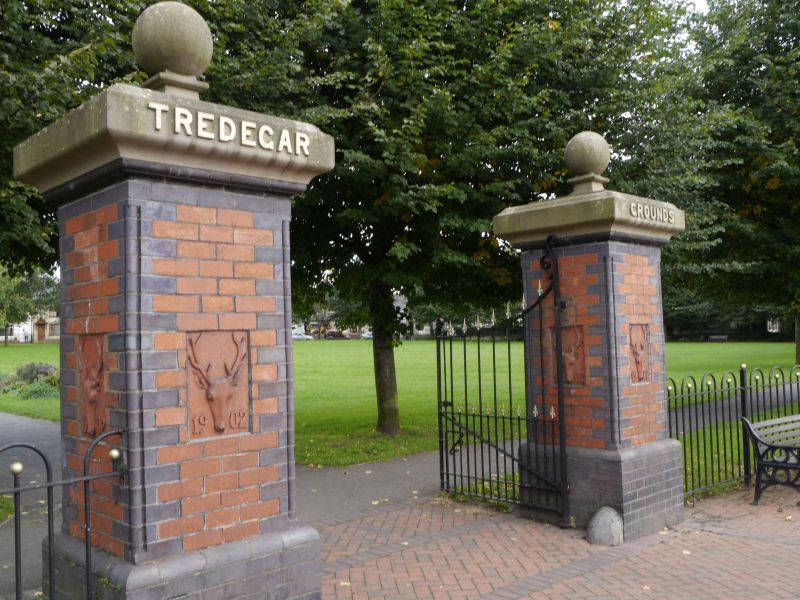 Location: In the centre of the town between the main thoroughfare and the railway.

This small town centre park, known as Tredegar Grounds, was given to the inhabitants of Risca by Lord Tredegar to commemorate the Diamond Jubilee of Queen Victoria in 1897.

Entrance bay has four piers, the two outer linked to the two inner by lengths of modern curved railing, the latter with fixings for the gates and relief lettering. Tall rectangular piers are of red and blue plain and moulded brick with ashlar caps, surmounted by stone orb finails (only one extant); deep plinth. Inset into the 4 brick faces are terracotta plaques moulded with a stag's head. Iron railings with looped tops and small finials and swept iron double gates link the piers.

Included for historic interest and group value with the Jubilee Statue also in the Grounds and in particular with the two Baptist Churches at either end.