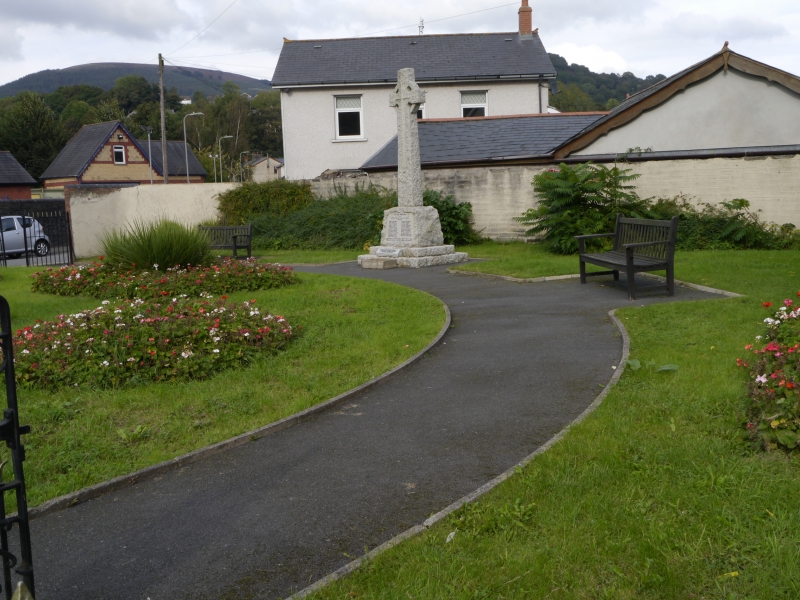 Location: On the corner of the junction of Commercial Street with Station Road, set within a garden enclosed by low wall and railings.

Erected to commemorate the old boys and staff from Pontywaun County School who were killed World War I. The memorial had originally been erected at Pontywaun County (later Grammar) School but was moved to its present site in 2011.

War Memorial. Granite Celtic cross, slightly rusticated with a sword in relief on its main face. Rough base with dressed face recording the names of the fallen old boys and teachers from Pontywaun County School.

Included, notwithstanding its relocation, for its special architectural interest as a well preserved war memorial displaying fine craftsmanship. Important for its historical value as a visible reminder of the sacrifice of a community during the major wars of the C20, and of particular interest as a memorial associated with a school.