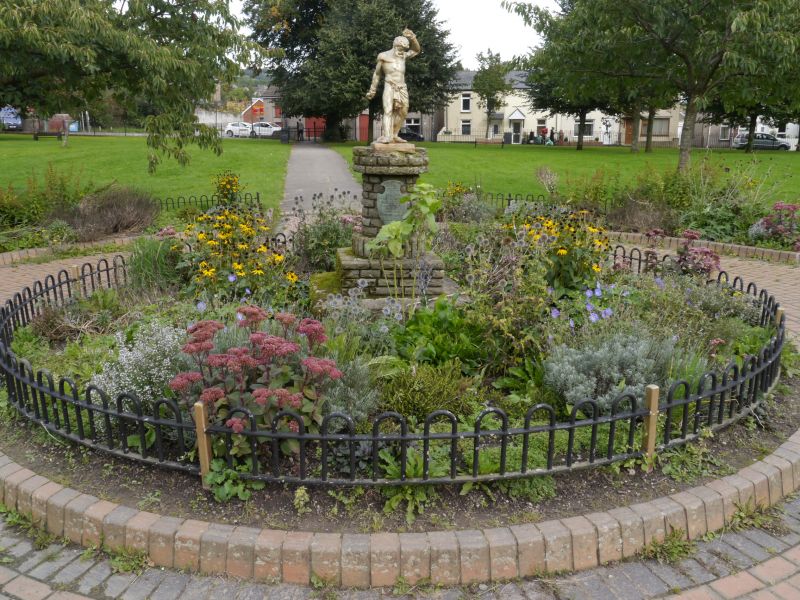 Park was donated to the people of Risca by Lord Tredegar in 1897 to commemorate Queen Victoria's Diamond Jubilee. In return the statue was erected by public subscription 'in recognition of Lord Tredegar's generosity to the neighbourhood.' The figure is comparable with one on a fountain at Merthyr which was designed by W Macfarlane and Co of Glasgow, a donation of c 1890; the source may be a catalogue of architectural ironmongery. Moriah Chapel was built 1893 adjacent on land originally designated for the Park and Lord Tredegar took some persuading to allow the incursion.

The monument comprises a small bronze sculpture probably of Hercules, a bearded figure dressed in a loincloth, standing on a circular plinth of narrow coursed rock- faced stone on a square stepped base.

Included for historic interest and group value with the Entrance and especially the two Baptist Churches at each end of Tredegar Grounds.