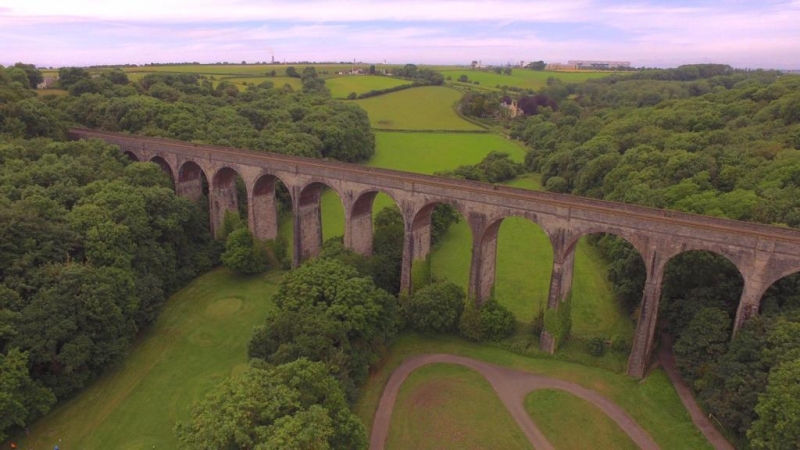 Location: To the north of the main carpark in Porthkerry Country Park and crossing into Barry Community.

Built 1894-1900. First opened in 1897 as a part of the Vale of Glamorgan Railway from Barry to Bridgend, engineer J W Szlumper (with Charles Szlumper and William Szlumper). First completed in 1896 but parts of the viaduct subsided 10th January 1898, and the railway had to be diverted via a loop-line until 1900. This was one of the last major masonry viaducts completed in Britain. The Vale of Glamorgan became a part of the Great Western Railway at Grouping in 1923.

Included as one of the most impressive railway viaducts in South Wales.