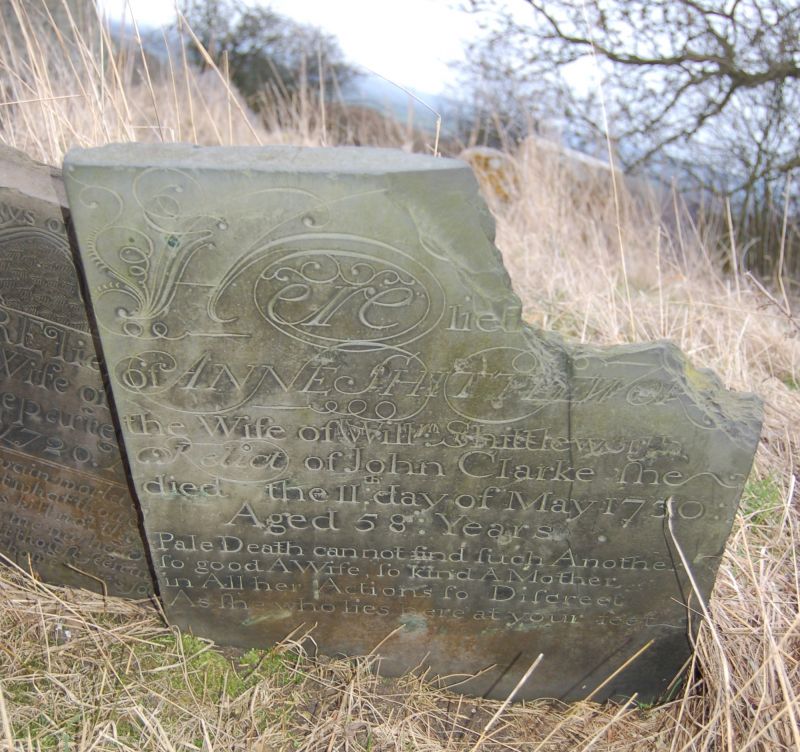 --3-- Rectangular slate with ornate scrolled lettering. Broken at top, to: Anne Shittleworth the Wife of William Shittleworth and relict of John Clarke d. 11th May 1730 aet 58. -Pale Death cannot find such Another/ so good A Wife so Kind A Mother/ In All her Actions so Discreet/ As she who lies here at your feet-. The Pale Death poem may indicate a victim of tuberculosis. (Photo Mar 2014).