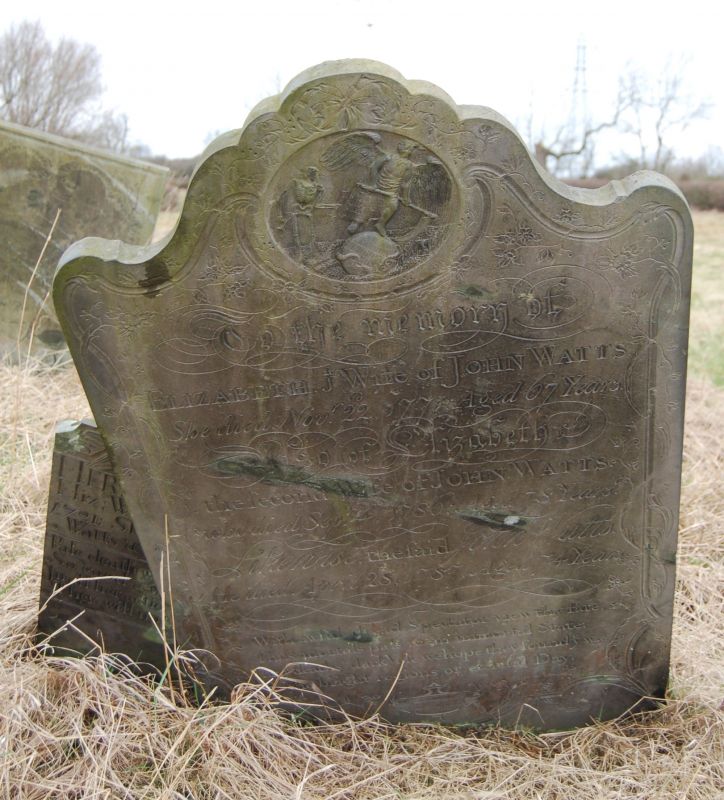 -16-- Tall, shaped with very fine detail including a circular panel showing the oddly reversed combination of an angel with scythe and a skeleton with trumpet. The latter points to a scroll with -(In) Heaven lies your Glory Flames and Death at hand-. Other symbols of mortality shown are, an hour glass, a serpent (Orobouros) around a globe. The skeleton holds an arrow (a fatal dart). To: Elizabeth wife of John Watts d. 22nd Nov 1771 aet 67. Also to Elizabeth 2nd wife of John Watts d. 24th Sept 1786 aet 78. Likewise the said John Watts d. 28th Apr 1787 aet 74. -With awful dread Spectator view thy fate/ Thus mortals pass to an immortal State/ Thro deaths dark Vale we hope they found the way/ (To) the bright regions of eternal Day-. (Photo Mar 2014).