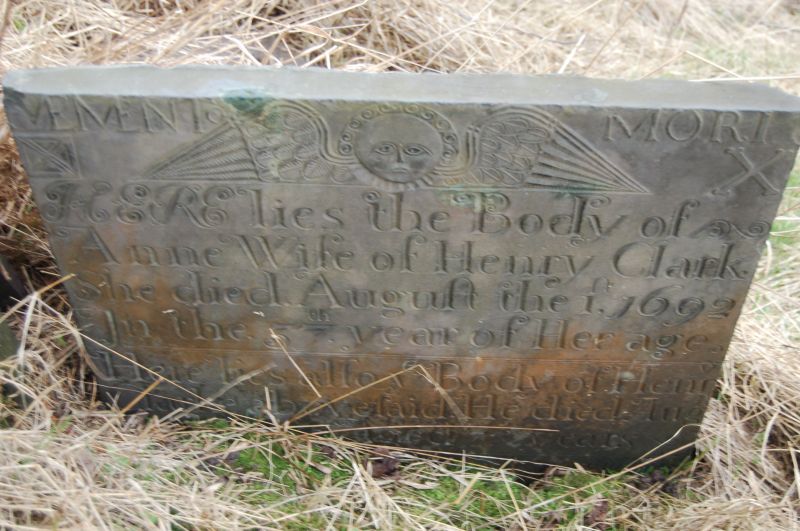 -23-- One of the Belvoir Angels headstones by a local craftsman Rectangular slate with round-faced winged angel, flanked by hourglass and crossed bones. -Memento Mori- To: Anne wife of Henry Clarke d. August 1st 1692 in her 37th year. Also Henry Clarke d. Aug 1719 aged 53 years. This headstone may have been a replacement for a lowlier, original monument, when funds allowed. (Photo Mar 2014).