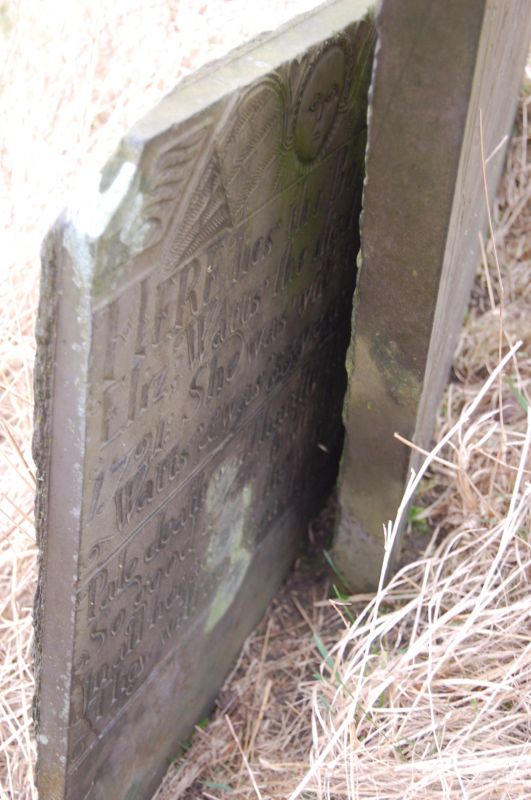 -15-- One of the Belvoir Angels headstones by a local craftsman. Rectangular slate with round-faced winged angel. Finely cut, to: Elizabeth Watts d. 1721 she was wife to ( ) Watts and was 38 (years old).- Pale death will hardly (find another)/ So good a wife so kind (a mother)/ In all her actions she was (kind)/ They will not soon her (equal find)-. (Photo Mar 2014).