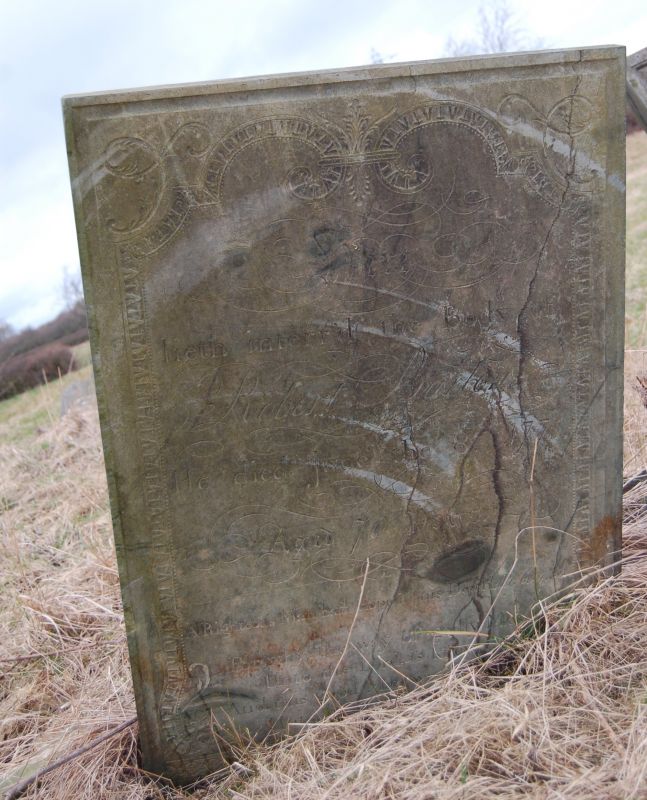 -13-- Large, with ornate scrollwork and finely cut letters, to: Robert Barlow d. 8th Jun 1771 aet 70. -A Righteous man hath hope in his death. Proverbs 14.32-. -For why the way of godly Men/ Unto the Lord is known/ And this good Man w(ell may go)/ Unto the (heavenly throne)- The engraved continuous border VIVI etc might possibly represent a cipher for belief in the afterlife: Latin vivi for live, presented continuously, meaning eternally. (Photo Mar 2014).