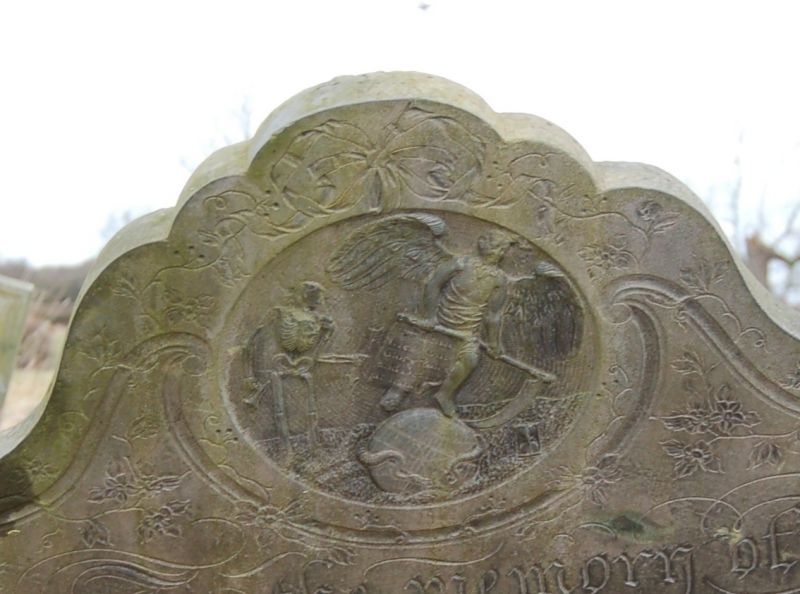 -16a- Close up of panel. The skeleton holds the trumpet with casual ease, to my C20th eye as though it were an electric megaphone, not in immediate use, on a school sports day. The sculptor must have observed the trumpet or cornet player in the church band often enough to capture an accurate likeness of their behaviour. If this is so, we also have a picture showing how a farm worker carried his scythe when otherwise encumbered. (Photo Mar 2014).