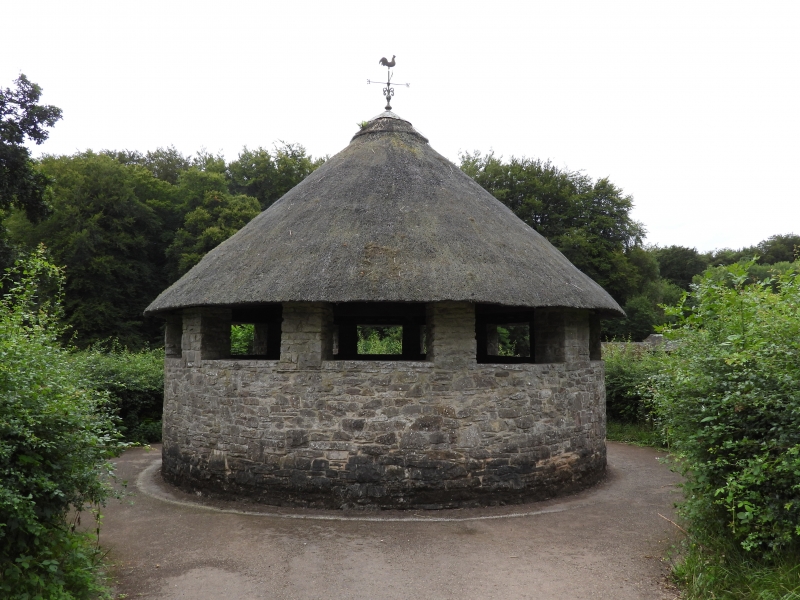 Probably C18 but could be earlier. Brought from yard of Hawk and Buckle Inn, Denbigh. After the prohibition of cock-fighting in 1849 the building became first a slaughterhouse and then a garage. This meant that all the internal fittings were destroyed and their reproduction by the Museum on re-erection in 1970 was necessarily hypothetical.

Circular structure with walls of stone rubble and with a thatched roof. The walls are pierced by a single doorway and by twelve wide unglazed rectangular openings with their heads at eaves level. The roof crowned by an iron weather-cock.

Complex roof construction of timber with cross-beam of over thirty feet; defective timbers replaced during re-erection. Crown-post rising from main cross-beam to form a 12-sided conical roof. Nothing remained of internal fittings before re-erection, these have been reconstructed to provide a circular stage surrounded by a gangway from which the seating accommodation rises in two tiers to a railed promenade. There are four niches in the circular wall at promenade level and stone pitched floors to the circular gangway and entrance passage.